In celebration of its release, Offcultured is giving away seven copies of BTS’ latest album, Map of the Soul: 7 between February 17 and March 22, 2020. The Seven of 7 Giveaway will lead into the second season of The Swim Team Podcast and the YouTube premiere of Hallyu-YEAH!, a quarterly series dedicated to commentary on K-pop, K-dramas, and more.

BTS’ Map of the Soul era is a musical exploration of self and identity inspired by Carl Jung’s map of the soul. The message falls in step with Offcultured’s podcast theme for 2020 that explores the self from outside in, inside out, and areas in-between.

Season Two of The Swim Team Podcast puts the focus on identity; exploring who we are through lifestyles, culture, social circles, and entertainment by way of open and honest conversations from differing perspectives. The first episode takes a look at identity through the scope of fan culture. A video continuation will be available on YouTube soon after the premiere. Hosted by Swim Team Captains Britt, Claire, and Jazi; the new season of The Swim Team Podcast is currently in production to premiere mid-March 2020.

Winners will receive 1 random version of BTS’ Map of the Soul: 7 !

HOW TO ENTER THE
SEVEN OF 7 GIVEAWAY:

From February 24 – March 9, Offcultured will post a weekly giveaway tweet featuring BTS Members of the Week and entry instructions for that period. General steps will be as follows:

From February 24 – March 9, Offcultured will share a weekly giveaway post on Instagram featuring BTS Members of the Week and entry instructions for that period. General steps will be as follows:

Offcultured’s ‘Seven of 7 Giveaway’ has no affiliation with BTS, BigHit Entertainment, or any of their associates. All prizes purchased by the Offcultured crew will ship to the winners within a week of receiving mailing information. Responses to giveaway call-to-actions may be used anonymously in current and future Offcultured content, such as The Swim Team Podcast and YouTube series Hallyu-YEAH!. Finalists will be selected at random using a third-party website or app. Winners of the ‘Seven of 7 Giveaway’ will be confirmed based on the finalists’ successful completion of all steps required for entry. In the unlikely event of unclaimed prizes or disqualifications, backup winners will be chosen. 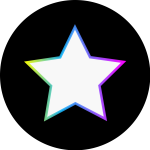 Offcultured celebrates life and choosing to live it by your own rules.
Unconventional. Unrestrained. Undefined.