Disclaimer: All usage of marketing terms alludes to the artist label’s promotional decisions, and do not imply that the artist themselves were playing into any trope for direct commercial gains.

Let’s rewind back to 2008: Five teenaged boys shot to instantaneous fame that year, when they debuted in the K-pop scene with the pop track “Replay.” Titled “Noona Neomu Yeoppo” (tl. “Older sister/woman, you’re so pretty”) in Korean, this track by SHINee created a subgenre of the high-teen concept that year that revolved around romancing an older woman.

The term “Noona Fan” has been around in the K-pop lexicon for ages, and is used as a term to refer to female fans older than the celebrity or idol they are a fan of. While this may seem like an absurdity to Western music consumers, one must remember that K-pop has historically been packaged and marketed to the youth; with young female fans of male groups occupying a large section of the ultra-profitable K-pop fanbase.

The market section of an older fanbase — many of whom are financially-independent women — also meant that they are willing to spend more on their idols. The industry capitalized on this by reimagining the “cute concept” phenomenon among male groups. An offshoot of the bubblegum pop genre that was already a mainstay among girl groups, this brought about changes to boy group title tracks. Traditionally known for their heavy EDM or R&B-based dance tracks, a slew of groups (especially in the mid-2010s) debuted with preppy cuteness as their USP.

Groups like SEVENTEEN, ASTRO and NCT Dream, who first cracked the Korean markets for their preppy and bubblegum concepts mainly appealed to this school of thought. Let’s take SEVENTEEN, for example: the average age of the group stood at 18 when they debuted. Rookie-era tracks “Adore U,” “Mansae,” and “Very Nice” were firmly rooted in the cute concept with lyrics exploring the nervousness and excitement of a young man in the process of confessing his feelings to a girl.

Though not as explicitly marketed to older fans unlike the SHINee track “Replay,” the group’s promotional tactics, as well as fanservice content as rookies was implicitly aimed at noona fans. The group members positioned as younger boyfriend-esque characters who often cited noonas or older women as their aspirational romantic type during promotional junkets. Of course, as the members grew into adulthood and music trends changed, SEVENTEEN too shifted out of this style. Their title tracks since 2017 have ranged from EDM, future bass, hip-hop to R&B tracks.

What changed?
Why do we not necessarily see such concepts anymore?

The answer is simple. K-pop industry’s target audience has changed.

The gradual obsolescence of boy groups doing cute concepts are linked to the sociological shift of their core fanbase. The Noona Fan culture in Korea was an important target demographic of the above artists. Now, they are a minority compared to the larger section of international fans who are, in general, averse to the idea of infantilizing artists. While the larger landscape of idol fandom has remained largely unchanged, the larger cultural connotations of romanticizing a relationship between a younger man and an older woman prevalent in Korea does not have as good a hold internationally.

While para-social relationships i.e. forming emotional bonds with artists of mass media are still rampant among K-pop fans, the ages of the fans are not a determinant anymore. The difference is their conceptualization is not geared to incite the specific emotion that idol labels looked for in the past. Their youth is now used as a performance-oriented strength and not a marketing tactic. This shift of course is also associated with the larger musical and genre-related movement in K-pop, with new groups gravitating towards experimentation rather than formula-following. See: TOMORROW X TOGETHER’s rock track “‘0X1=LOVESONG,” ENHYPEN’s R&B hit “Fever” or ATEEZ’s retro disco track “Take Me Home.“

While it is not strictly an ethical consequence, per se, the obsolescence of appealing idols as “cute” has now been replaced by playing into their sex appeal as their USP, regardless of their age.

Male groups are debuting at extremely young ages, even today. ENHYPEN’s Niki is merely 15, making him one of the youngest currently-active artists in the industry. ENHYPEN’s “Fever” was massively popular among the general listener population of K-pop, but its popularity was not without some concerns. The song’s lyrics, as well as choreography, were questioned by older K-pop consumers as being a tad more suggestive than the boys’ ages would normally have seen in the industry.

This point naturally also leads into the discussion of how male artists’ sexualization is quick to be discussed among fans when the constant sexualization of female idols keeps falling under the radar. Now this is a topic worth exploring in detail another day, for it brings into question their target demographic (and its male gaze) that is much less vigilant than female fans of boy groups.

The shift from positioning groups in the cute high-teen concepts may not be an industrial mainstay anymore, but this doesn’t necessarily mean the genre itself is dead. It has simply been repositioned as themes in standalone Easter-egg releases for fans (Think The Boyz’s “Bloom Bloom“). The marketing of K-pop to its fanbase has always been a process greatly entrenched in the sociology of para-socialism between idols and fans; and it remains to be seen how labels will formulate new ways to keep it going as fan culture and K-pop consumption trends evolve. 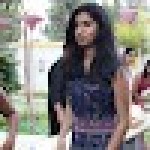 Prajna was drawn to K-pop because of its attention to aesthetic, and was then enamored by the business of the industry. You can often find her poring over translated Korean websites memorizing trivia about names and numbers in K-pop. If not, she is always free to grab a cup of chai and chat about the woes of being a zillenial.