Indian cinema is infamous for its misrepresentation and stereotyping of LGBTQ+ characters. Movies like Dostana and Kal Ho Na Ho show exaggerated representations of homosexuality; and are hardly something young LGBTQ+ people can watch to understand their identity better. However, Bollywood has produced a few noteworthy Queer films that are not only beautifully made, but are also a glimpse into the lives of people of the LGBTQ+ community.

Based on a true story, Aligarh portrays the life of Ramchandra Siras. A professor at Aligarh Muslim University, he was hounded and harassed for being involved with another man. Professor Siras has his privacy invaded when having sex with a man and is consequently suspended from his job at the university. As his court case comes to an end, ruling in his favor and allowing him to resume his position, he is found dead in his home. The film tugs at your heartstrings while doing a brilliant job of advocating for equality. It treats the issue sensitively and avoids sensationalization; and also avoids stereotyping of homosexual characters, unlike other Bollywood films.

Many have criticized Ek Ladki Ko Dekha Toh Aisa Laga for its portrayal of the straight male saviour as a lead character and Sweety’s relationship with another woman being revealed halfway through the movie. However, it is one of the few mainstream Bollywood films released after Section 377 of the Indian Penal Code was struck down.

The film revolves around Sweety, a closeted lesbian from the small town of Moga; and her journey of coming out to her family about her identity and relationship with Kuhu. Labeled a “family-friendly” film, it is a step in the right direction of making LGBTQ+ cinema mainstream; albeit a bit too focused on being palatable for a heterosexual audience.

Margarita with a Straw

Margarita with a Straw is a one-of-a-kind film; portraying a same-sex relationship while tackling the topic of sexuality in relation to disability. Laila, a teenager with cerebral palsy, moves to New York City with her mother to study. While there, she falls in love with Khanum, a blind girl of Pakistani-Bangladeshi origin; and tries to come to terms with her sexuality. The film depicts the young woman navigating her sexuality, her disability, and her sometimes complicated relationship with her sick mother. It is a must-watch, if not for the intersectional approach to sexuality, then for the brilliant acting of actress Kalki Koechlin and direction of Shonali Bose.

Which Indian queer films have caught your eye?
Which ones do you think could do with better representation?
Tell us in the comments below! 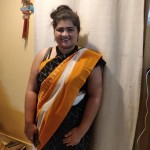