Being stuck at home might drive some of us wild — resorting to essential grocery runs as an outlet for fun can only work for so long. Looking for a fun adventure while nestled in your couch doesn’t need to be a struggle. Watch these hikikomori anime leads go from being homebodies to having fun, action-filled journeys in just a matter of episodes.

Anohana: The Flower We Saw That Day

A group of childhood friends who were broken up by a tragic accident grew up separately as to not be reminded of what happened. Having been deeply affected, Jinta Yadomi spends his days alone at home playing video games, eating, and sleeping. Refusing to go school to avoid the judging stares of those around him, “Jintan” is met once again by his childhood friend “Menma”, who needs his help to crossover.

Feeling the need to help, Jintan now struggles to find out Menma’s last wish in order to make it happen. Slowly reuniting with old friends, the group comes together to make Menma’s last wish come true. A tale of cross-dressing; working multiple jobs; and building fireworks slowly comes to an end when the group of friends play their last game of hide-and-seek.

Watch this anime on Netflix.

Constantly changing and moving schools would cause just about anyone to not want to form any type of relationship, knowing that it won’t last long. Fujishima Narumi isn’t well-known at his new school, having recently moved to the city. He lives in an apartment that he shares with his older sister and a father that only visits five times a year. Narumi is used to the loneliness that has come with this type of lifestyle. All of that starts to change, however, when Shinozaki Ayaka, a bright and bubbly classmate, befriends Narumi and introduces him to a close group of friends with a different lifestyle.

Somehow joining forces with an amateur detective agency (known as The NEET Agency), Narumi is now the assistant to Alice; a quiet, mysterious girl and an agency leader. Purposefully keeping to herself in a dark room filled bottom-to-top with screen monitors, Alice enjoys a diet of ramen broth and Dr. Pepper; and remains a mystery to even her fellow NEET members. As Narumi breaks out of his shell, he helps The NEET Agency solve cases; such as saving their favorite arcade spot and breaking down a drug scheme happening in their own city. Heaven’s Memo Pad is an anime that will have you solving mysteries from the comfort of your own home.

If given a second chance at life, would you take it? ReLife follows the story of Kaizaki Arata; a 27-year-old who spends most days alone in his room or working part-time at a convenience store. One night, after a couple of drinks with friends, Kaizaki is approached by a mysterious man, Yoake Ryou, offering him a second chance at life. Seeing as he has nothing to lose, the main protagonist takes Yoake up on his offer. The next day Kaizaki wakes up as a 17-year-old in high school.

With the chance to right his wrongs, Kaizaki maneuvers this new life as a man in a teenage boy’s body. Becoming friends with fellow classmates, Kaizaki is met with the challenge of trying to fit in while also helping his friends “grow up”. Failing class exams, catching feelings, and setting his friends up together are just some of the things he experiences in his new life.

If you have a day to spare, then join the rollercoaster of events these anime characters go through from one episode to the next. Treating yourself to an adventure from the comfort and safety of home doesn’t have to be a daunting experience. It’s as simple as snuggling up in bed with your favorite snacks to hit play on the journey that awaits.

What hikikomori anime is your favorite? Let us know in a comment below! 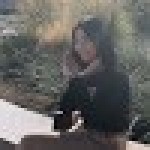 Briseida (or Brisa for short!) is a writer and content creator who loves to dabble in any and every creative scene. Studying Marketing with a concentration in International Business she hopes to be able to create content anywhere and everywhere she goes, more specifically for the fashion industry. In her spare time, you can find her binge watching anime series, journaling or enjoying one too many cups of coffee.

Boys World Is the Future of Girl Groups We Need - offcultured

If you haven’t heard of Boys World, it’s time to put them on your radar. They bring everything we lo...

They’re so talented, we love to see it 🤩 @boysworld #BOYSWORLDLIVE

A thousand thanks to @Jeauxla for this Friday find 😌

And read this again because @LilNasX deserves every flower!

Lil Nas X gives us layers in "MONTERO (Call Me By Your Name)", a visually-dynamic story of desire, hypocritical judgement, and self-judgment.