Cara Delevingne is the latest big-name celebrity to come out of the closet. Earlier this month, the beautiful model stated that she identifies as pansexual. Good on her and every famous person who wants to label their sexuality; it liberates them and makes LGBTQ+ fans feel less alone. But there are many celebrities who are not interested in defining how they identify or who they are attracted to. And it’s more than just basic human decency for us to let them do that. Here’s why we need to stop pressurizing singers and actors to label their sexuality, irrespective of how ‘not straight’ they may seem to be.

Being tight-lipped is good for their mental health

People love to judge the famous for every little thing, and sexuality is a hot button topic. For example, if an actor comes out as gay, that becomes their focal identity for the media and the public. It’s a given that their orientation will work its way into interviews, comment sections, etc., for the rest of their life. Plus, they might be figuring out who they are so labels might not even work for them in the first place. Regardless, opinions will pour in and a lot of these opinions will be nosy, judgmental, hateful, and derogatory.  If you think famous folks aren’t aware of what people are saying about them, think again.

Little wonder then that artists like Harry Styles have ignored and dodged sexuality-related questions. What he has done instead is make statements through his music and clothing choices. Doing so basically obliterates the need to officially come out. Not to mention how much people love accusing an out celeb as being performative for ulterior motives like staying relevant. This kind of  hate and judgment has to be next level painful and invalidating. Surely, it is far more sensible, then, to help raise awareness in a subtle manner — for their own sake and for the sake of the sexuality or gender identity they represent. Simply hinting at not being straight gives fans hope, solidarity, validation, and can even save lives, just like it saved mine.

When stars refuse to label their sexuality and make art that is queer-friendly, it catches everyone’s eye and gets them talking. Sure, a lot of those talks are speculative in nature, as it has been for Ariana Grande. But thanks to people like Ariana, fans all over the world get closer to unseeing heterosexuality as the norm. So practically speaking, it’s a good thing when sexually ambiguous artists portray queer characters and hint at non-heterosexual romance. They help normalize the fact that sexuality is a spectrum. Pop culture legitimacy is powerful, after all. Even if it only helps get a conversation started, it’s a step in the right direction.

While some performers might put on a show of being queer-friendly only to appeal to a more diverse and open fanbase, not everyone belongs to this category. Take the case of Rita Ora, who came out as bisexual after her song “Girls” garnered backlash for supposed queerbaiting. Staying away from labels gives one more creative freedom, and as discussed below, a bigger and more receptive audience.

Rejecting labels means no ‘othering’ and loss of career opportunities

In my opinion, one major downside of a star coming out is that it tends to cut out the straight crowd. They tend to think that the work of the star is solely for people of that particular sexual orientation. For example, “lesbian Jesus” Hayley Kiyoko’s YouTube videos are chockful of comments from lesbian and bisexual fans. While the openly gay pop singer is an inspiration to the LGBTQ+ community, there’s no denying that it also puts her in a box. A box that homophobes wouldn’t dare open. For all the progress we have made as humans, even today, many are seriously homophobic. Given that we live in a heterosexual world, this sort of alienation can be detrimental to one’s ability to influence.

So, public figures are only being practical when they don’t make statements about their sexual orientation and gender identity. It’s a smart move to let their representation of queer folks and gender fluidity via their work do all the talking instead. Over time, thanks to mainstream visibility, the world will come to accept queerness as “the new normal”. Eventually, more people will be free to come out without consequences like discrimination, imprisonment, and hate crimes.

Of course, just like regular people, celebrities don’t owe it to anyone to come out until or unless they want to. Nobody does. Being public figures does not invalidate their right to privacy. To come out or not to come out is entirely their choice — and we must respect it. 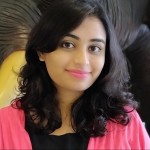